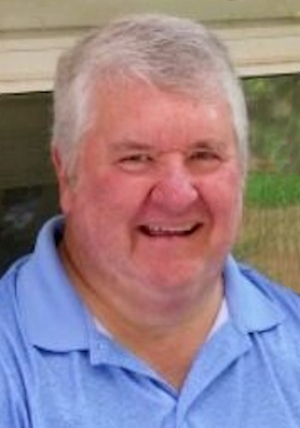 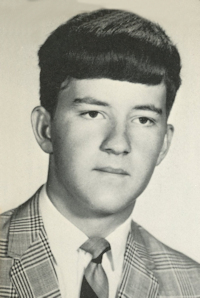 He was born in Stillwater, Oklahoma, on January 26, 1951, to Mary Margret and Adam Joseph Hasenfratz. He was the youngest of three boys and spent his early years on the family farm in Perry, Oklahoma. After his dad’s death, he and his mother moved to town. Adam attended Perry Schools, and graduated from high school in 1969. That summer he met the love of his life, Michelle Peed, and they traveled many miles in his little white Mustang. He commuted to Northern Oklahoma College in Tonkawa where he earned his Associate’s Degree. He transferred to the University of Central Oklahoma in 1971, and he and Michelle were married on June 3, 1972. He graduated from UCO in 1973 with a Bachelor’s Degree in Business Administration. He worked for several retail chains as a manager including S.H. Kress, TG&Y, and Hobby Lobby, until his retirement in 2013.

He and Michelle, his best buddy, spent 51 years together and enjoyed many happy times with their two daughters, Erin and Holly. He enjoyed fishing at the lake with his brother, playing golf, and watching sports of all kinds – especially OU football, OU basketball, and the OKC Thunder. He loved to cook and grill, and always made sure your plate was full. He loved music – everything from rock ’n roll to country – especially while cruising around town with Michelle and their dog, Ivan. He loved to laugh and tell jokes, and loved playing jokes on his grandkids.

He was preceded in death by his parents; brother Marvin Hasenfratz; and in-laws Mellie and Hal Peed. He is survived by his wife of 48 years Michelle; daughter Erin Hasenfratz Kennedy and her husband Tom; daughter Holly Hasenfratz and her partner Andrew Baswell; brother and sister-in-law Wayne and Nancy Hasenfratz; brother-in-law Michael Peed; Beloved grandchildren Maxwell Thomas Kennedy and Connor Adam Kennedy; several nieces, nephews, and many cousins; and his faithful four-legged sidekick, Ivan.

A memorial service will be held at a later date at St. Mary’s Episcopal Church in Edmond. In lieu of flowers, memorials may be made to the Bella SPCA Foundation at bellaspca.org, Central Oklahoma Humane Society at okhumane.org, or the charity of your choice.