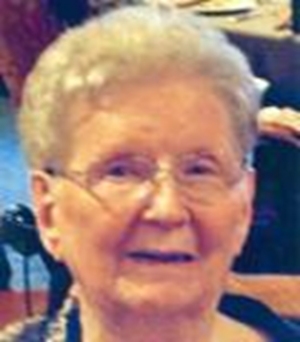 – daughter of Mrs. J. H. Dautenhahn, was born in Fairland, Okla. She attended schools in Mattoon, Ill., and the Lutheran school in Perry before coming to the Perry high school, where she is a member of the glee club. Her plan for the future are undecided.

Adeline Dautenhahn Morris, age 93, passed away January 22, 2014. She was born in the small German community of Dietrich, Illinois on October 9, 1920, to Reverend Timothy Dautenhahn and Johanna Geishen Dautenhahn. She was the fourth of six children.

After high school, she attended secretarial school in Oklahoma City and met and married Jack Morris in 1946. After the family move to Dallas, she worked in the public relations department of a Hospital and after retirement, volunteered many hours at Zion Lutheran Church in missions, doing quilting and baby layettes.

She is preceded in death by her husband, Jack after 66 years of marriage, parents, five siblings; grand daughter, Melanie Morris and grandson, Austin Morris.

Memorials may be made to Zion Lutheran Church of Dallas.