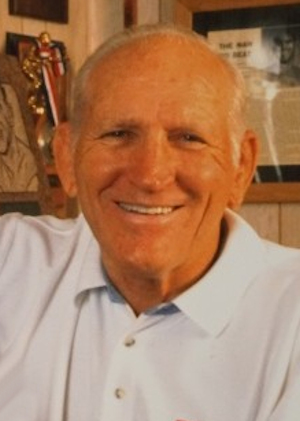 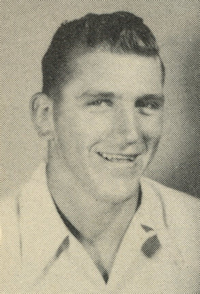 Dan Allen Hodge, 88, of Perry has gone to heaven. Dan was born on May 13, 1932, the son of William Edward Hodge and Hazel Erma Blanchard Hodge in Perry, Oklahoma. He was raised in Perry attending school here and graduating from Perry High School in 1951. Just a few months later, on August 2, 1951, he married his high school sweetheart, Dolores Bradshaw.

Dan worked in the oil and gas industry, but he was best known for his work in the entertainment industry as a professional wrestler. He was a loving father and grandfather and was happiest when surrounded by his children and grandchildren, playing cards at a large round coffee table in the family’s den. Dan enjoyed woodworking and would often help his daughter with crafts and would help his sons with home improvement projects. Dan enjoyed hunting rabbits and squirrels or bigger game like deer, but truly enjoyed fishing. He would fish with his sons and with his grandchildren for bass, crappie and most of all for catfish.

He was preceded in death by his parents, William and Erma, and brothers William Hodge, Jr., and Jackie Hodge.

Funeral services are private nuclear family only. Memorials can be made to the Dan Hodge Trust at Exchange Bank of Perry P. O. Box 797, Perry, OK 73077.