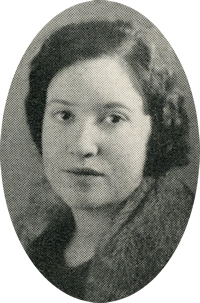 Born June 23, 1907, in Perry, Oklahoma, she was the daughter of John and Mary Moore. She graduated from Perry High School in 1924 and married Henry Leo Palovik on December 25, 1926. Jessie and Henry were farmers and had five children from that marriage. Henry passed away in 1939 from an accident. Jessie then married Charles Berger and moved to Nevada in 1942. Charlie passed away in 1983.

Jessie’s oldest daughter, Mar Lou Siebe, a resident of Fernley, passed away December, 2002. Jessie’s brother, Merle Moore, passed away in 1929 at age 20 of appendicitis. Her sister, Lorraine Galloway, passed away in 1998. She had 1 daughter and 2 sons and 8 grandchildren. Also preceding Jessie in death were 4 grandchildren, Leon Berger, Roger Siebe, Kenny McCormick and Beverly Hallgren.

Jessie was well respected and loved by all and will be missed greatly.