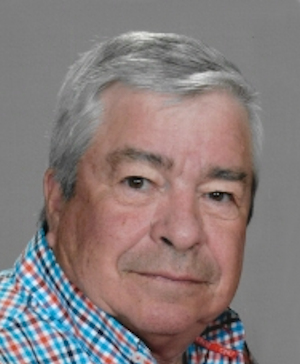 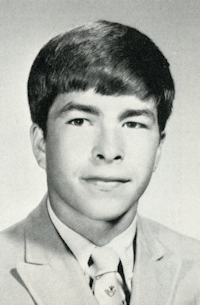 Jacob Hal St. Clair, beloved, husband, dad and papa passed away peacefully at his home with his family by his side on December 31, 2020. Jacob, “Jake” was born on July 12, 1952, in Perry, OK to parents Tolbert Barton and Barbara Lea (Casparis) St. Clair.

Jake grew up in Perry and graduated from Perry High School in 1970. Jake married his high school sweetheart Cynthia Yarger on July 25, 1972. They married at the First Christian Church in Perry where Jake was also a lifelong member and baptized as a child. Jake and Cindy’s 48 years of marriage brought many blessings including the birth of their daughter Jill and son Gabriel and later the addition of four beautiful grandchildren Olivia, Jenkins, Delaney and Sydni.

Jake was known for his work ethic. His first job, while in high school was as a green’s keeper at Perry Golf and Country Club where he continued to enjoy the sport as a member throughout his time in Perry. Jake mastered the art of cooking a perfect steak while employed as a cook at his Grandparents Casparis’ steakhouse East of Perry. He started his lifelong connection to the R.L Frailey family by working as a ranch hand. While in high school Jake learned the trade of welding and was hired by R.L. Frailey Inc. as a fabricator welder. His talent and skill as a welder was just the beginning of a long successful career in the oil and gas industry. While working for R.L. Frailey Inc. he traveled the country tearing down and rebuilding gas refineries. He also worked for Elkhorn Construction in Colorado. Eventually, Jake became an independent construction consultant on the Western Slope of Colorado contracting to Encana Oil and Gas until his retirement in 2014.

Jake loved his family and enjoyed time with his grandkids. He spent many evenings traveling with Cindy to watch his grandson play football and to watch his granddaughters play softball and basketball. Jake was an avid golfer and loved to fish. While in Colorado he spent lazy weekends touring the mountains on his Harley Davidson with friends. Jake enjoyed a good road trip and would take Cindy on trips through Colorado and surrounding states. He loved to cook on the grill and would collect fun gadgets, sauces and seasonings. Jake loved to read and was mildly addicted to the History Channel. There were very few things Jake couldn’t repair or build. He inherited his father’s talent for woodworking and took on many projects around their home.

Jake is preceded in death by his parents Tolbert and Barbara St. Clair. He is survived by wife Cynthia St. Clair, of the home; daughter and son-in-law Jill and Shaun Gray, of Norman; son Gabriel St. Clair of Perry; four grandchildren Olivia and Delaney St. Clair of Perkins, Sydni St. Clair of Piedmont, Jenkins Gray of Norman; brother and sister-in-law James and DeAnne St. Clair of Bixby; as well as many nieces, nephews and cousins.