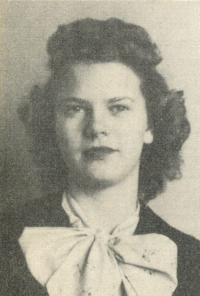 Born January 11, 1929, she was the daughter of Mr. and Mrs. Dewey D. Moore. She graduated from Perry High School in 1946 and attended Texas State College for Women followed by Southern Methodist university.

While at Southern Methodist university she met her future husband, Keith Irl Rober of West Columbia, Texas. They were married on December 25, 1947, in Denton Texas.

They made their home in Colorado where she taught kindergarten for 15 years. With her red hair piled in a chignon, nylons and high heels every day, she had the reputation as being the best in Boulder County.

After retirement and before her diagnosis of Parkinson’s, she and Keith traveled the world and tended to her grandchildren.

Preceding her in death was her husband, Keith, in 2007.

She is survived by her daughter, Gina, and Gina’s husband Rick; and two granddaughters, Kelly and Jennifer.