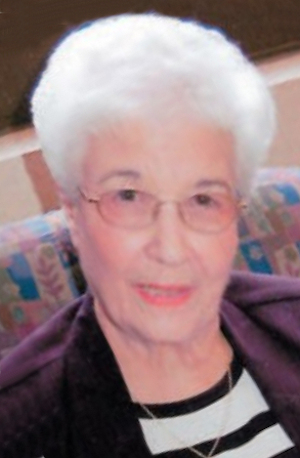 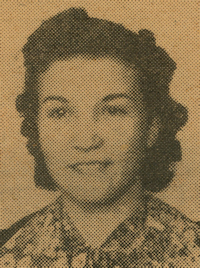 While attending school there she took part in a number of school activities. She was secretary of her home room class in Perry this year. Her hobby is photography.

Melba Lorraine Krauleidis, went to be with her Lord and Savior on January 25, 2021, at the age of 98 after complications from Covid-19.

Born December 20, 1922, in Cleveland, Oklahoma, she was the daughter of James and Lula Freeze. Melba relocated to Perry with her family her senior year of high school when her father accepted a position with Oklahoma Department of Transportation, ODOT.

After her graduation in 1940, she worked at a local jewelry store and upon a buyout was recruited to sell jewelry in Boulder, CO. While there, she met her first husband and from this marriage came her two beloved sons, James A. Martinez and Bobby D. Martinez. She later returned to Perry with her sons and began a lifetime of service to many Perry businesses. After retiring she continued working part-time at various places. In her own words, she was a people person and loved to stay in contact with people after so many years serving the citizens of Perry.

On August 7, 1955, she married the love of her life, Herman Krauleidis. They set their permanent roots in Perry and raised their family. Melba was a lifetime member of Perry First Baptist Church where she sang in the choir, played piano when called, and contributed as needed in service of the church. She instilled her Baptist roots into her two granddaughters. She will be remembered by the community for her poise, elegance, and innate sense of fashion.

Melba was a devoted wife and mother, beloved grandmother, and loyal friend. However, we all know she held the title GG (great grandmother) to the highest regard. She will be greatly missed by her surviving family, her youngest son, Bob and his wife, Karen, of Perry; two granddaughters, Krystal Emce of Sumner and Kassidy (Matt) Houska of Perry, two grandsons Mark and Greg Martinez of Oklahoma City, nine great-grandchildren and three great-great-grandchildren.

Melba is preceded in death by her parents, one brother, three sisters, her loving husband, and her eldest son, Jim and his wife, Carol (Oklahoma City).

Due to Covid-19, there will be no public service. In lieu of flowers, monetary donations can be made in her name to the First Baptist Church, 601 N. 7th Street, Perry, Oklahoma 73077.