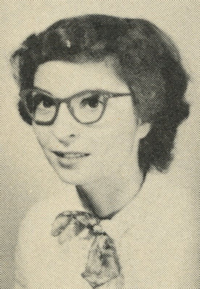 Born December 1, 1932, in Perry, Mrs. Kindt was a 1951 graduate of Perry high school. She formerly was an employee of Smith Trucking company of Perry.

She and Lt. Col. Robert W. Kindt, retired, were married Jan. 3, 1953, in Perry. She moved to Lawton in 1965 and worked as a sales director for Mary Kay Cosmetics. Mrs. Kindt also was an employee of the National Chamber of Commerce and First Christian church. She was a member of the Christian Womens Fellowship, Business and Professional Women’s association, Toastmaster, and the Girls Scouts of America of which she was a neighborhood chairman. She was a member of the First Christian church and was a sunday school coordinator.

Funeral was Friday at the First Christian church of Lawton with Rev. Robert H. Shreiner officiating. Burial was at the Fort Sill Post cemetery in Fort Sill, Oklahoma.