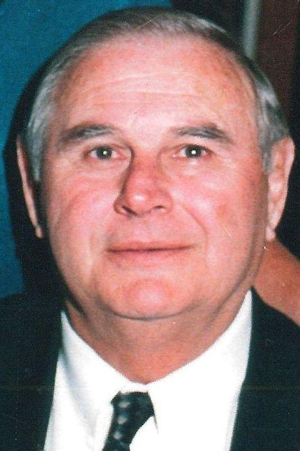 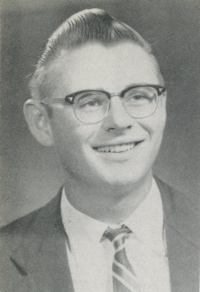 Raymond Lee Knight was born September 29, 1940, In Perry, OK, to William H & Rose Knight, being the third of his siblings, Henry and Lena Bell. He graduated from Perry HS in 1959 and worked in the grocery business for over 40 years, retiring in 2003. He met Patricia Gayle Gulley in 1972 while working together in the Safeway offices in Oklahoma City. They married in 1974 and had two daughters, Andrea Lee and Laura Lynn while living in Edmond.

Ray enjoyed fishing, hunting and golf. He was a long­ time member of Parkview Baptist Church in Tulsa, where he served as a deacon and enjoyed a role in his Sunday school class. Ray was a proud father and grandfather and enjoyed cooking for his family and friends. He went to be with the Lord on July 9, 2017.

He is survived by his wife of 43 years, Patty, his 2 daughters and their husbands, Andrea & Mike Hinkle of Broken Arrow and Laura & Doug Birnie of Sapulpa, his 5 grandchildren, Jessa, Trinity, Payton, and Landon Truett of Broken Arrow and Kathryn Rose of Sapulpa. He has one surviving brother, Henry, of Fayetteville, AR, and many loving in laws, nieces and nephews.

A memorial service will be held on Saturday, August 5, 2017, at 10:00AM at Parkview Baptist Church; 5805 S Sheridan Road; Tulsa, Oklahoma 74145. In lieu of flowers the family has asked that a donation be made to the Parkinson Foundation in Ray’s name.