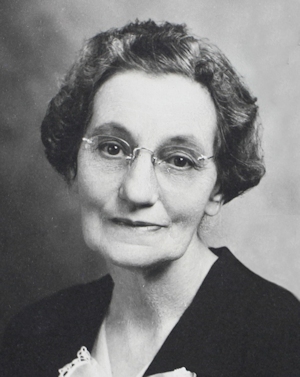 Born July 17, 1887, in Holden, Missouri, she was the daughter of Andrew and Nancy Jane (Cunningham) Briscoe. The family moved to Perry when she was seven years old and she graduated from Perry High School in 1904.