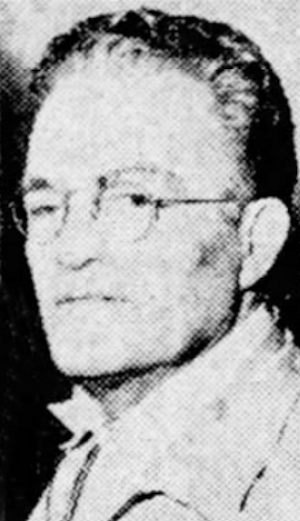 Born November 21, 1892, in Waterville, Kansas, he was the son of William “Clark” Seton and Ella Varetta (Ross) Seton. In 1895 the family moved to Perry where Max graduated from Perry High School in 1914. In high school he was active in football, basketball, and track and was a member of the Nulli Secundi society. He served as pitcher of the Perry baseball team and as secretary of the Perry Boys’ Band.

After high school he attended the University of Chicago for a year. When he returned to Perry he helped coach football for Morrison’s newly organized football team and Perry’s team, which was without a coach, before heading to Eldorado, Kansas, to work on an oil pipeline.

By reason of the loss of an eye he was disqualified for general military service during World War I, but volunteered for the Army Signal Corps and served in France until October of 1919. When he returned, he became active in the organization of the American Legion of Perry.

He continued his education at the state university in Norman, Oklahoma, and was a member of the Delta Pi fraternity.

He is survived by one son, Robert.

Burial will be at the Houston National Cemetery in Houston, Texas.