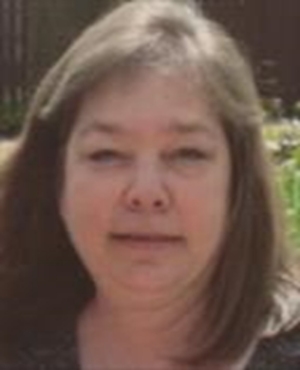 Dianne Buffington Eaton, 50, formerly of Perry, OK went to be with the Lord on September 10, 2014 in Wichita, KS. Services have been entrusted to the care of Palmer Marler Funeral Home of Perry and a service celebrating Dianne’s life will be held at 2:00pm on Tuesday, September 16, 2014 at the Sumner Baptist Church in Sumner, OK. Interment will follow at Morris Heights Cemetery in Orlando, OK.

Dianne was born on May 13, 1964 in Perry, OK to Leslie and Maxine (Hunt) Buffington. She attended schools in Perry and graduated from Perry High School in 1982. Following graduation, Dianne enrolled at Oklahoma State University where she was also employed. While at OSU, Dianne met and fell in love with Brian Eaton and they were married in 1993. Dianne and Brian had two beautiful daughters Lauren Eaton and Allison Eaton. She spent many years working as an administrator for the State of Kansas at a juvenile detention facility.

Family was Dianne’s top priority and she spent 13 years volunteering at her daughters school. Lauren and Allison were Dianne’s life and she was always there to support them and cheer them on in their endeavors. Dianne considered the fact that she raised two loving and respectful daughters to be her finest accomplishment. She was a quiet and easy going woman who had a gentle way about her and she never rushed through life. Her presence brought a peace that is hard to find in this busy world.

We would rather have Dianne here with us because she made this world a better place, but we know she fits in beautifully in heaven because she lived so beautifully here on earth. Dianne Eaton was a loving wife, a proud mother, a caring daughter, a wonderful sister, a hard worker, and a trusted friend. She packed more life into her short 50 years than most people could fit in 100 and she will be missed by all who knew her.

Dianne was preceded in death by her grandparents: Ralph and Marie Buffington of Perry, OK and Lawrence (Pappy) and Arletta Hunt of Orlando, OK.

Left behind to carry on her legacy of selflessness and love are: her husband Brian of the home. Two daughters: Lauren and Allison Eaton of Wichita, KS. Parents Leslie and Maxine Buffington of Perry, OK. Brother David Buffington and fiancé Sharlotte Carey of Perry, OK. Several aunts and uncles: Richard and Evelyn Buffington of Perry. Bernard and Betty (Buffington) Skalenda of Lebanon, MO. Robert and Bonnie Buffington of Broken Arrow, OK. Coy and Janet Harmon of Perry, OK. Jay and Bonnie Atwood of Harrah, OK. Virginia Zinck of Perry, OK. Larry and Cherry Kelley of Midwest City, OK. Lynn and Denise Hunt of Lucien, OK. She is also survived by numerous cousins and other family members.

The family has requested that donations be made in Dianne’s name to the Sumner Baptist Church in care of Palmer Marler Funeral Home 203 Fir Street. Perry, OK 73077