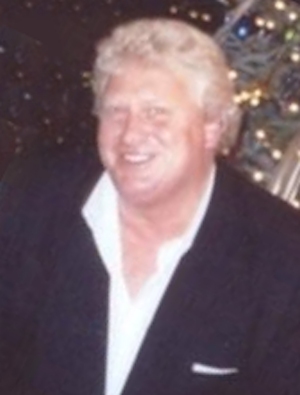 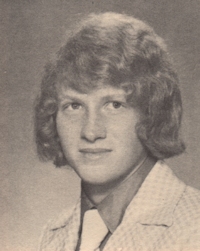 “The 1975-76 Student Council took on a whole new look this year with Rick “Fro” Eaton serving as President.”

Richard Lee Eaton, Jr. “Rick”, 54, went home to the Lord on Wednesday, January 18, 2012, after a courageous battle with carcinoid cancer. He was surrounded by his loving family.

Rick’s special gift was his heart and he was one of those rare people that drew the love and attention of those whose lives he entered.

Born in Borger, Texas, Rick was a 1980 graduate of Oklahoma State University with a Bachelor of Science degree. He was a dedicated OSU Cowboy fan, and was related to the mascot Pistol Pete.

He was a graduate of Oklahoma City University Law School and earned a Juris Doctor degree in 1983. He is a member of the Association of Trial Lawyers of America. He was admitted to the S.C. Bar in 1984, and worked as a corporate attorney and sales manager for Ditch Witch of S.C., where he won numerous awards for his dedication and service. He established his own law practice from 1999-2012. Rick was also a former member of the Irmo Navy.

During his first year of law school, he met Sandra. They fell in love and were married four weeks later. They enjoyed a happy and wonderful marriage for nearly thirty-two years, traveling and spending time with family. He particularly enjoyed annual Fourth of July trips to Red River, New Mexico.

Rick’s greatest pride and joy was the birth of his son, Richard Lee Eaton, III “Ricky”. He coached his son for over a decade in baseball, football, and soccer and spent countless hours teaching his son life’s lessons. For the last five years of his life, Rick was devoted to his grandson, Bryson Eaton. While together, they were inseparable and could communicate on a level that brought them great joy. In the five last months of his life, Rick was blessed with the arrival of his second grandchild, Wyatt Eaton.

Rick was a beautiful person inside and out and will be missed by all who had the privilege of knowing him. Rick is survived by his wife, Sandra; his son, Ricky; grandsons, Bryson and Wyatt, his parents, Richard and Mary Eaton, Sr.; his brother, Randy; four nephews; three nieces and many cousins and dear friends. Rick was preceded in death by his grandparents, Leon and Ruby Eaton and Tommy and Lela Fullerton.

Loving care was given by his wife, mother, Zack, Tammie, Nancy, Dana, Thomas and Debbie. The family wishes to thank Duke University Hospital, Dr. Perry Edenfield, Dr. John Gockerman, Dr. Allan H. Friedman, and Dr. John Kirkpatrick for their special compassion, a gift given to them by the Lord. We want to thank S.C. Oncology, all of our special friends, and his caregivers who gave Rick their love.

What a beautiful soul for Heaven.