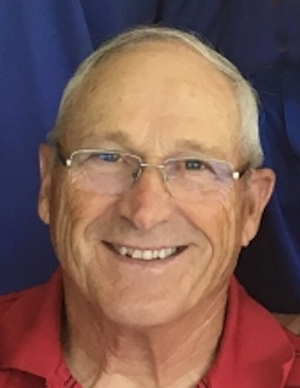 Dan Edward Hasenfratz passed away Saturday, May 8, 2021, in Oklahoma City. He was 78 years old.

He was born February 1, 1943, in Guthrie, Oklahoma, to Leo Jake and Ethel Elizabeth (Wagoner) Hasenfratz. Dan grew up in Perry, graduating from Perry High School in 1961. He served in the Oklahoma National Guard for 37 years, flying both airplanes and helicopters to serve his country. During his military career, Dan attained the rank of Lieutenant Colonel. He owned a heating and air conditioning business in Perry and also worked as an EMS helicopter pilot for 17 years.

Dan was known to his friends and family as an incredibly handy and patient man. He could fix almost anything, and his love of life led him to a number of different hobbies over the years. He enjoyed spending time with his friends playing golf. He was a beekeeper, enjoyed tropical fish and plants, appreciated classic cars and motorcycles, and even built a blacksmithing forge. He was a longtime member of the First United Methodist Church in Perry where he served as a trustee member and sang in the choir. Above them all, he enjoyed spending time with his family.

He is survived by his lovely wife of 57 years, Patsy (Whitchurch); two daughters, Judy Vesper and husband Pat of Midland, Texas, and Barbara Debish and husband Ed of Stafford, VA; four grandsons, Joshua Vesper, Nathaniel Vesper, Ryan Debish, and Tyler Debish; and one sister, Sandra Grubb of Perry. He was preceded in death by his parents and one brother, Tom Hasenfratz.