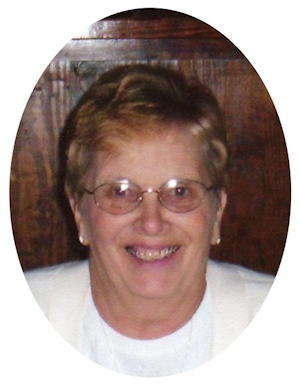 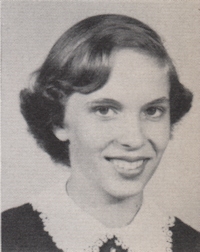 Joann Marie Pricer Edwards, 75, of Perry, Oklahoma, was born on August 31, 1938 in Perry, Oklahoma to Willie Oswald and Lydia Tolsdorf Pricer. She passed away on Tuesday, November 12, 2013 at Mercy Health Center in Oklahoma City, Oklahoma.

She was born, raised and lived in Perry her whole life, except for a few years after marriage. She was a member of the Perry High School Class of 1956.

She spent many years as a delivery driver for OReilly Auto Parts. Although Joann was well known in the community, it was through her job that she had the opportunity to make many good friends. She worked for OReillys from April 1, 1993 until her retirement in 2007.

Joann took much pride in raising her four children. She worked very hard at being a loving mother and grandmother. She loved her family dearly. She enjoyed many hobbies, including sewing, gardening and watching the Oklahoma City Thunder. Most of all, she loved spending time with her family. She was a lifelong member of St. Rose of Lima Catholic Church.