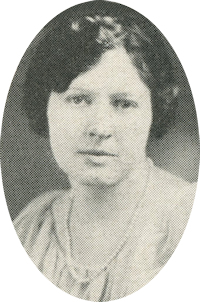 Born December 4, 1903, at Red Rock, Oklahoma, she was the daughter of John P. and Vilet (Young) Foreman. She was a 1925 graduate of Perry High School and Oklahoma A&M College. She taught school at Fairview and Pleasant Valley schools and served on the board of education at 4-D and Fairview schools.

Funeral will be at 10 a.m. Wednesday at Parker Funeral chapel. Rev. M. R. Work, pastor of the First Christian Church, will officiate at services. Burial will be at Mt. Carmel cemetery, north of Perry.