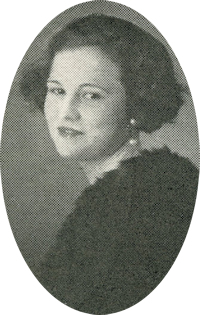 Born April 4, 1905, at Orlando, she was the daughter of Mr. and Mrs. Robert C. Johnson. She attended Perry rural schools and Perry High School.

During the 1940s she was a teacher near Lucien. She had been a seamstress for a number of years.

She and Henry C. Kasl were married Aug. 18, 1925, at Ceres. Mrs. Kasl was a member of the United Methodist church.

Funeral has been set for 10 a.m. Tuesday at the First United Methodist church. Rev. Kermit Hollingsworth, pastor, will officiate. Burial will be at Grace Hill cemetery.