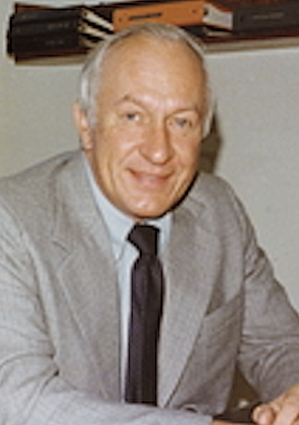 – entered as a student at Oklahoma A. and M. college, Stillwater, on May 6, although he retained his status as a senior in Perry high school and will graduate with the class on May 21.

Moore is the 17-year-old son of Mr. and Mrs. W. E. Moore of 1012 Sixth street. He attended high school at Perry through the four upper grades, but previously was a student in Enid.

Home was lived in Perry for 10 years but was born in Enid. He is a member of the high school band and has served as drum major for the past two years. A member of Perry DeMolay, Moore plans to enter military service within a short time.

He successfully qualified for naval training under the V-12 examinations give recently in Perry high school.

Homer was born in Enid, Oklahoma and was raised in Perry. Just before graduation from high school, he took a competitive examination for officers’ training in the Navy. He received orders that he had been accepted into the V-12 program and after line officer training, he was sent to supply corp school at Harvard. Upon graduation, he was assigned as a supply officer to the carrier USS Attu.

After the Navy, Homer returned stateside to the University of Oklahoma to study accounting, graduating in 1948. Upon graduation, he joined Elmer E. Fox & Co. as a junior accountant. Nine months later, adventure called, and he accepted an opportunity in Caracas, Venezuela, with Phillips Oil Company, where he met a beautiful girl from Brooklyn, New York. In 1951, they both returned to the states – Mary Lou to her home in New York and Homer to Wichita where he was rehired at Elmer Fox as an accountant. On her way to the University of Arizona to complete her college degree, Mary Lou stopped in Wichita to visit Homer. He proposed to her, she accepted and her trip to Arizona “fell through.”

Homer enjoyed over fifty years in his profession. In 1955, he became a partner with Elmer Fox and continued through a merger with Grant Thornton, an international accounting and consulting firm. Homer loved to hunt, fish and travel. He was actively involved on the Metro Board of the YMCA for almost 45 years and, in 2005, was inducted into the Greater Wichita YMCA Hall of Fame. Homer and his family were founding members of St. Stephen’s Episcopal Church, reflecting his strong faith and respect for the dignity of all human beings.