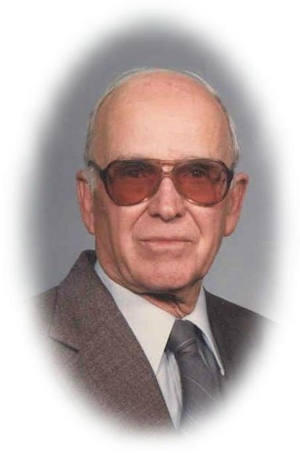 – son of Mr. and Mrs. C. F. Cockrum and was born in Perry. Before coming to Perry to school he attended the school in District 21. He is a member of the F.F.A. and plans on being a Real Estate agent.

Lorren Tontz Cockrum, 88, of Perry, Oklahoma was the son of Charles Franklin and Mary (Tontz) Cockrum. He was born December 12, 1914 in Perry, Oklahoma and died Thursday, December 4, 2003 at Stillwater Medical Center.Funeral services will be at 2:00 p.m. Saturday, December 6, 2003 at Christ Lutheran Church. Rev. William Metz will officiate. Interment will be in McGuire Cemetery at Lucien under direction of Brown-Dugger Funeral Home.

Memorials may be made to the American Cancer Society in care of Brown-Dugger Funeral Home.

He was a graduate of Perry High School. On July 7, 1940, he and the former Lorene A. Grother were married at Cushing, Oklahoma. Lorren was owner-operator of Cockrums Furniture in Perry. His hobbies included fishing and hunting. He especially enjoyed quail and goose hunting. Lorren also enjoyed automobiles and mechanicing.He was a member of the Perry Chamber of Commerce and the Better Business Bureau.