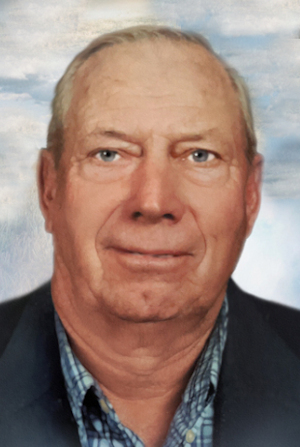 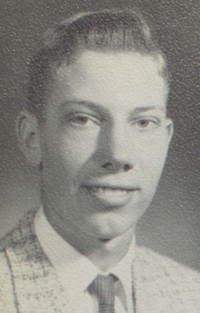 Ernest Friedrich Gorath has entered the kingdom of heaven. He was 78 years young. Ernest was born on September 10, 1942, on the family farm in Perry, the son of Fred Edward Gorath and his wife Junie U. (Anderson) Gorath. He attended Perry schools graduating in 1960. He proudly served his term in the Army National Guard after high school. A true farm kid, he worked as a wheat harvester when he was a young man before trying his hand in the oilfield. It was as a machinist at Ditch Witch that he finally found a home. He worked here as a supervisor before retiring.

He met the love of his life, Carolyn Tiemann, and they were married in September of 1967 at the Trinity Lutheran Church of Blackwell. They made their home in Perry. Ernest enjoyed farming and ranching. He collected tractors, cattle, and grandkids. They were the light of his life. He raised elk, emu, and rheas on the farm. A gifted vocalist, Ernest could be seen around town singing old-fashioned gospel hymns. Bib overalls and a ball cap, the uniform of a true farmer, that was Ernest.

These last few years he spent his days spoiling the grandkids, tending the cattle, and living his best life. He was a good dad, great papa, and a true friend.

He was reunited in heaven with his parents Fred and Junie Gorath, wife Carolyn, and sister Laura Bourlon and her husband Billy.

Celebration of life will be held at 10 a.m. at the Christ Lutheran Church of Perry with William Metz officiating. Burial rites will follow at Grace Hill Cemetery Pavilion. Donations in his name may be made to the Lutheran Hour Ministries or the American Cancer Society.