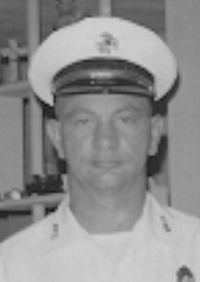 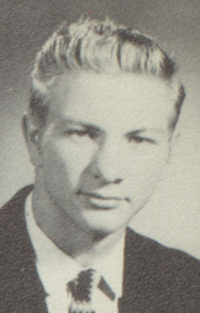 He worked for the City of Perry and Perry Police Department as a police officer before joining the Perry Fire Department in 1967 where he held positions of fireman, Lieutenant, and Assistant Fire Chief before being appointed as Fire Chief in 1981 until his retirement. He also spent time working for Cooper Motor Company for his high school classmate Richard Dunford, Billingsley Electric, and Charles Machine Works, Inc.

For the last 30 plus years, Tom and his friends met for coffee daily at Kumback Café. Tom enjoyed hunting and fishing. He especially looked forward to his yearly pheasant hunting trips to Holcomb, KS, with family, a tradition that has carried on with his sons and grandsons.

Tom loved spending time with family where he shared his clever wit and contagious laughter. He also enjoyed playing board games, watching old movies, and listening to music.

Funeral services will be Monday, June 28, 2021, at 11:00 a.m. at First Baptist Church, Perry, with Minister Troy Woolery officiating. Interment will follow at Grace Hill Cemetery, Perry. In lieu of flowers, the family requests memorials to be made to: American Heart Association (www.heart.org) or Oklahoma State Firefighters Association (https://osfa.info).