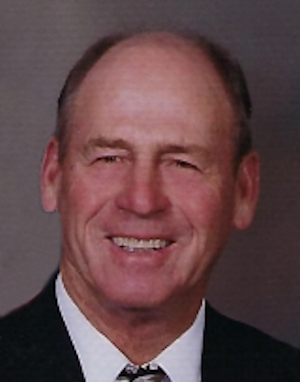 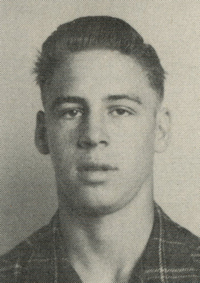 The fifth of seven children born to Rudolph A. and Anna (Smith) Ewy on July 20, 1928. Bob was so small at birth that a shoebox was his crib for the first few months of his life, yet he eventually outlived his six siblings.

He attended Perry schools and would have graduated in 1947 but left school his junior year to join the U.S. Navy during WWII. From 1946 to 1948, Bob was a seaman aboard the U. S. Hector. Then he returned home to marry his sweetheart, Margie June Moran, on December 24, 1948. Margie and Bob celebrated 68 years of marriage before she passed in 2017. In May 2021, Bob was thrilled and honored to be recognized as an honorary PHS Graduate of the Class of 1947.

In the early years, Bob worked as a Borden’s milkman, and then as an employee of Voigt-Frailey before starting his own construction business, Perry Construction Company (later Perry Service Company). His first partner was Harry Davidson and subsequently, his brother-in-law, Joe Shoop. Bob spent many years laying cable for Southwestern Bell and even at 92, could specifically recite various (obscure) locations in rural Oklahoma where he buried cable.

His company survived for many years before Bob decided in his 70’s that it was time to retire. Even after retiring, he didn’t sit still for long and enjoyed many hobbies, including yardwork, finding and restoring antique saddles, guns and rifles, growing tasty tomatoes, All Things John Wayne, dozer work, garage sales, fishing and hunting with his great-grandson and “treasure hunting” (buying junk that didn’t work and tinkering with it until it did). If Bob couldn’t get it working, then it probably wasn’t worth keeping. There are infinite “Bob stories” among his family and friends that more than demonstrates that he truly was a kid at heart. His memory will be forever etched upon our hearts due to his kind, compassionate nature, independent spirit and sense of humor.

Bob was a member of Christ Lutheran Church where he served as an elder, usher, and Board of Education member and participated in many other activities.

Funeral services will be held on Friday, July 2, 2021, at 2 p.m. at Christ Lutheran Church in Perry with pastor William Metz officiating. Interment will follow at a later date at Zion Lutheran Cemetery. Memorial contributions may be made to Christ Lutheran Church Children’s Learning Center in c/o Dighton-Marler Funeral Home, P.O. Box 189, Perry, OK., 73077