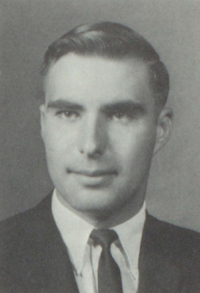 Danny was a 1966 graduate of Perry High School and obtained a Bachelor of Science degree in Business Administration from Oklahoma State University. He married Deena Norton on July 1, 1972, in County Line, Oklahoma. They lived in Pauls Valley before moving to Purcell 10 years ago. Danny worked at Farm Credit as a Branch Manager, President, and Regional Vice-President before retiring in 2006. He loved his family and teaching the grandchildren to take pride in themselves. He enjoyed fishing, hunting, and being outdoors. He found great joy in cooking for his family. Danny was a member of the First Baptist Church in Lexington. He will be greatly missed by his family and friends.

Danny was preceded in death by his parents and sister-in-law, Jennifer Norton.

Funeral services will be held at 1:00 p.m., Thursday, August 5, 2021, at the First Baptist Church, Lexington, with Bro. Rusty Canoy and Mike Savage officiating. A family burial will be in the Velma Cemetery.