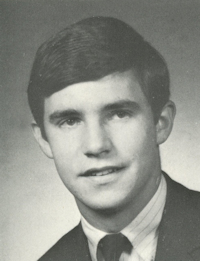 He was a proud Native American of the Citizen Band Potawatomi tribe of Oklahoma, People of the Fire. He was born in Oklahoma and made his residence in Akron since 1983.

Preceding him in death were his mother, Wynema Darlene Dixon, and his baby daughter, Wynema Skye.

He will return to Oklahoma for burial. Terry was a generous and intense man who loved his family and many friends dearly. He will be sadly missed by all that knew him.