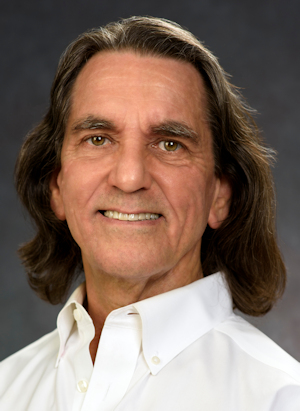 Mark Sadler is the fourth of six children born to J.D. and Betty Sadler. The family moved to Perry from Stillwater, Okla when Mark was 3 years old. He attended St. Joseph Catholic School through 8th grade then attended Perry Junior High and graduated from Perry High School in 1969. He was elected president of the senior class.

He attended Oklahoma State University where he was a member of Beta Theta Pi fraternity and graduated in 1973 with a Bachelor’s degree in Psychology. He went on to receive his teaching certificate in Secondary Social Studies and did his student teaching at Perry High School under the supervision of Mickey Ripley. He moved to Oklahoma City where he worked as a social worker for the Department of Human Services and attended night school at Central State University, receiving his Master’s degree in Counseling Psychology in 1975, with certification in Psychometry. Mark moved to Tulsa in 1976 where he was hired as a high school counselor for Bixby High School. He worked there for three years then pursued and received his Doctorate in Counseling Psychology from Oklahoma State University in 1982.

In 1982 he was hired as a staff psychologist for Shadow Mountain Institute, which was a residential treatment facility for adolescents. In 1986 he, along with another psychologist and a developmental pediatrician, created Tulsa Developmental Pediatrics & Center for Family Psychology, a multidisciplinary practice. It offered a unique approach in the midwest to address family issues, physically and emotionally. The practice was designed to work with the family, from the very young to the elderly and grew in scope and staff.

Mark sought training to work effectively with individuals who experienced significant early childhood trauma and who, consequently developed Reactive Attachment Disorder. This disorder interferes with a person’s ability to develop loving, reciprocal relationships. He gained expertise in this field and a large part of his practice involves international adoptees who experienced abuse and neglect in their native country. In 1989 he was an integral part of 30 professionals across the USA who founded ATTACH (Association for Training on Trauma and Attachment in Children). It has since become an international organization and continues to provide training and support worldwide.

Mark married Mary Fell in 1992 and they have three sons. Andrew Lecocq and his wife, Julia, who live in London, England along with their two children. Nathan of Tulsa and Jack, who recently moved to Chicago. He and Mary continue to live in Tulsa where he remains active in his practice as a psychologist.