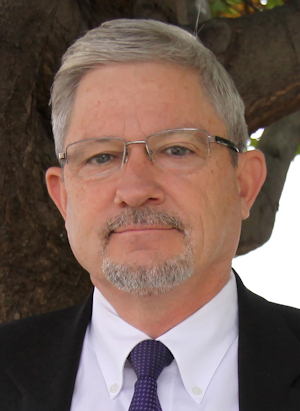 Lloyd Kirk had the honor of being a member of the great PHS class of 1973 that achieved many personal and class achievements in academics, athletics and other extracurricular activities. Kirk lettered in baseball, wrestling and football in addition to being a member of the National Honor Society. Lloyd’s love was baseball (not wrestling like Mike & Mark) and following high school he played in a semi-pro league for two summers and one year at East Central University.

Kirk is a graduate of Oklahoma State University, where he earned a bachelor’s degree in Engineering Technology. He then went on to earn a master’s in Management from Southern Nazarene University. Lloyd earned another master’s degree in Executive Leadership from the McDonough School of Business at Georgetown University in 2017. This global education and experience has assisted Kirk in his current job by providing new visions of Oklahoma’s role in the global community.

Lloyd is currently the Director of External Affairs for the Oklahoma Department of Environmental Quality. Kirk truly has a passion for the environment and a heart for public service. The Office of External Affairs is an ambassador of DEQ to the public and regulated community. In that role, Lloyd oversees DEQ’s customer assistance program to the regulated community in Oklahoma.

Previously for ODEQ, Kirk managed the Radiation and Brownfields programs for the state of Oklahoma. During his time as manager of the Brownfields section, Kirk managed to gain state, regional and national recognition for DEQ. Many environmental cleanups received regional and national awards, such as the coveted Phoenix Award at the EPA Brownfields Conference. He was also nominated for the 2013 Renewal Person of the Year award.

Lloyd has served on various state and national boards and environmental committees. Kirk is currently on the Environmental Council of States (ECOS) Shale Caucus Committee, Co-Chair of the Partnership and Performance Workgroup, serves on the New Mexico Government Advisory Board, the EPA Region Six representative for the National Small Business Environmental Assistance Program, advising the Governors Produced Water Task Force, and most recently assisting with the Governors Hydrogen Task Force.

Kirk worked in the private sector before joining DEQ. He served as an environmental, safety and risk management professional and then business executive for different Fortune 500 companies and tribes in the energy, aerospace and environmental sectors for over 30 years.

In August 2020, Kirk was named an Oklahoma Hometown Hero by the Oklahoma Conventions Bureau for his lifetime achievement in assisting the City of Oklahoma City in economic development as a public servant.

Lloyd is the son of Jess and Ida Nell Kirk of Perry. He grew up in Perry with his four siblings: sister Sandy Kirk Fredrickson and brothers Floyd, Mark and Mike. Kirk cherishes his time growing up in Perry and credits that foundation to his success in life, both personally and professionally.

Kirk married his wife Melissa in 1977. Lloyd and Melissa attend the Edmond Church of Christ, where Lloyd is a deacon and class leader. The Kirks have three children who live in Oklahoma City – Rachel Evans (husband Kyle), Ryan Kirk (wife Britney) and Robin Kirk. Lloyd and Melissa also have two grandchildren – Max Evans and Hollin Kirk, who are the light of their lives.