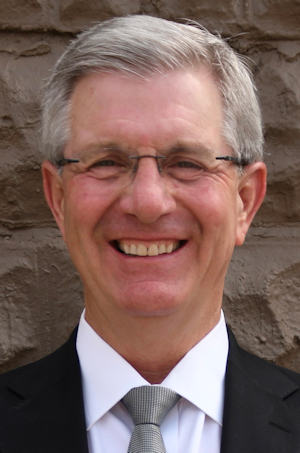 Brad Finley, a lifelong entrepreneur and Perry native, has dedicated his life to serving others and making a positive impact on the community. Brad’s values and overall mission originated from his Perry roots, where he learned the true pillars of life: faith, family, and community.

Brad graduated from Perry High School in 1980 and received his bachelor’s degree from Oklahoma State University in 1984. He married Melissa Macias in 1987 and together they had a beautiful daughter, Taylor.

In 2002, Brad had the opportunity to embark on a new business venture, which changed his outlook on business. Although he wasn’t aware at the time (starting off with only a vehicle and a secondary break on the passenger side floorboard) becoming the founder of Cowboy Driving Academy changed his life and gave his career a more meaningful purpose.

From the ground up, Brad grew his driving school with one overarching goal in mind: to be mom’s best friend and ensure the safety of America’s future leaders. This is a natural extension of Brad’s larger mission to inspire youth to make great decisions, and always strive to do the right thing, especially when no one is watching.

An industry competitor in the Oklahoma City Metro area took notice of the passion, hard work, and dedication Brad put into running a successful company. This competitor, Alert Driving School, happened to be Oklahoma’s oldest driving school, which at the time was seeking an ambitious entrepreneur to take the reins of the generational family-owned business. The family approached Brad and offered him the company outright, with only one condition: for Brad to allow the company to bear its original name.

Brad accepted the challenge and expanded his business reach to the Oklahoma City Metro area. He went from having his humble 2002 operation to owning two separate businesses, which together now comprise the largest driving safety business in the state of Oklahoma. Brad, with the support of his incredible team, which now make up 40 certified instructors, operate across seven locations, with 25 vehicles — and they are just getting started.

Together, the Cowboy and Alert teams have instructed over 20,000 students and conducted over 10,000 driver’s license examinations. Brad is confident that his guiding principles, family, and faith, led him this opportunity to meet and mentor thousands of teens and adults across the state.

A man of many talents, Brad loves music and played both piano and trombone for eight years. His passion for music inspired him to become President of Bill Rotter’s band during his Senior year at Perry High School.

When he is not dedicating his time to his family, business, or students, Brad, a sports enthusiast, enjoys attending sporting events throughout the state. Brad is especially supportive of his alma mater, the Perry Maroons, as he served 15 years as the official “Voice of the Maroons” alongside his longtime coach since 4th grade, Mike Doughty. Growing up, Brad played every sport he could, and served as captain of the football, basketball, and baseball teams. He was later recruited in two of these sports. He was also a four-time runner-up in the Perry Club Championship at the Perry Golf and Country Club. However, Brad’s true sports passion is baseball. In high school, Brad received special recognition as the All State First Baseman and took this passion into college, where he started as a freshman at Northwestern Oklahoma State University.

Brad currently resides in Perry, OK with his wife Melissa, a Perry High School alumni and local entrepreneur herself. Their daughter Taylor, also an alumnus, has inherited the family entrepreneurial gene and practices this in her career working in tax policy on Capitol Hill in Washington D.C. while completing her Master of Business Administration at the Georgetown University McDonough School of Business.