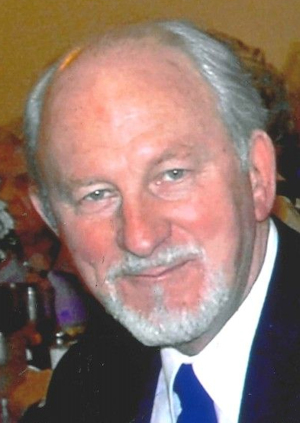 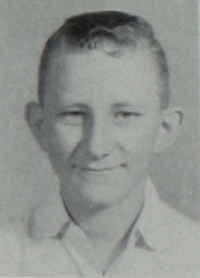 Born in Perry, Oklahoma, he was the son of Elmer and Pearl (Timbers) Bounds. He attended Perry schools through his sophomore year and graduated from Stillwater High School in 1961. After high school, Gary embarked on his distinguished career, working his way through Oklahoma State University, attaining a BA in History. A member of the OSU ROTC program, he was recognized as a Distinguished Military Graduate, and received a Commission in the US Army as an Infantry Officer. He remained an active, proud supporter and donor to OSU as well as being an avid sports fan.

He served in the United States Army and dedicated his entire working professional life to his country. Going into the US Army during the Vietnam War, Gary received Infantry training at Fort Benning, GA. He also completed Airborne and Ranger training, being awarded the Parachutist’s Badge and Ranger Tab. Gary’s first duty assignment was with the 1st Battalion, 508th Infantry (known as the “Red Devils” or “Fury from the Sky”), 82nd Airborne Division, Ft. Bragg, NC. In 1968, he was deployed to Vietnam with 1/508th as part of 3rd Brigade, 82nd ABN, where it took part in the heavy fighting of Huê and the Tet counter-offensives. Gary was wounded. After spending 4 months in Tripler Army Medical Center in Hawaii, he returned to Vietnam a second time, spending several months in the jungle. He had to be placed on a US Hospital Ship for several weeks to recoup from intestinal issues caused by lack of good hygienic conditions in the jungle. Besides his Purple Heart earned in Vietnam, Gary received a Bronze Star with V device, and the Combat Infantryman’s Badge.

His next assignment was with the US Air Force 49th Tactical Fighter Wing as a Ground Liaison Officer at Hollomon Air Force Base, New Mexico. He flew more than 120 hours in the rear seat of F-4 Phantoms, and was awarded Air Force Aircrew wings. The 49th was dual committed in the US and to NATO in Europe.

Gary then was assigned as an ROTC instructor and advisor at Northeast Missouri State University, Kirksville, MO, where he also received his Master’s Degree. The BIG event at Kirksville, MO, was when his only child (a daughter) was born in February 1974. He was very proud of Stephanie Lee who also graduated from OSU, and received her commission through the ROTC program. Stephanie also made a career of the US Army, retiring as Colonel slightly over a year ago after serving 22 years.

After Stephanie was born, Gary served in the Middle East with the Army attached to the UN Peace Keeping Mission for a year. Stationed in Jerusalem (actually patrolling the Sinai) for the first 6 months, he went on then to Cairo, Egypt, for the last 6 months.

Returning to the U.S., Gary taught at the US Army Command and General Staff College at Ft. Leavenworth, Kansas. Gary’s next assignment was at the Pentagon in Washington, DC, where he remained until he retired from the US Army. Besides his previously mentioned combat awards, Gary was awarded a Legion of Merit, 3 Bronze Stars, an Army Commendation medal, various campaign service medals and written commendations during his Army career. A highlight for Gary was being honored by the Secretary of the Army for a Special Award while he served at the Pentagon.

Gary retired after serving 22 years as an Army officer and continued working in his same area of expertise in the Civil Service employed by the US Army at the Pentagon for another 12 years. His specialty the last several years of his active duty Military career was “writing doctrine for the US Army.” Being a recognized expert regarding US Army Doctrine, Gary continued with that work as a Civil Servant and employee of a federal government contractor when he moved back to Lawton, Oklahoma, in March of 2002. He served on more than one English-speaking committee representing the US Army’s Doctrine at NATO, traveling to Brussels, Belgium.

After returning to Lawton, Gary joined the Mount Scott Chapter 602 of the Military Order of the Purple Heart, once serving as Chapter Commander three times, and remaining active until his death.