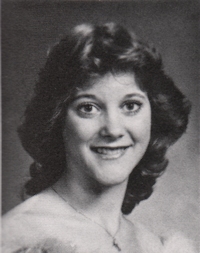 Sherri is survived by her mother, Betty Jo Robbins one daughter, Sherri Jeanette Farr of Stillwater three brothers, Wesley Robbins and his wife, Molly of Perkins, Robby Robbins and his wife, Kathy of Guthrie, and Gary Robbins of Perkins two grandchildren, Demitri and Diedra Farr and numerous nieces, nephews, and a host of friends and family. She was preceded in death by her father, Joseph Robbins.