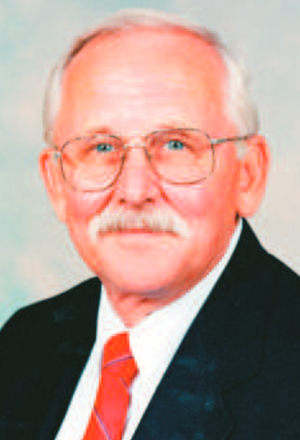 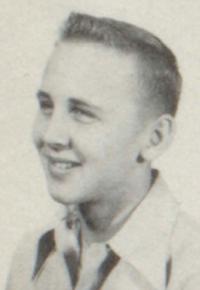 He was born October 8, 1933, to Edgar and Mabel Marshall. Armon was raised in Perry, Oklahoma. Armon and his wife, JoAnn (deceased) moved to Oklahoma City where they raised four children and resided the rest of their lives excluding a short time in Ankeny, Iowa.

His life’s work was in the grocery industry, with Humpty Dumpty Supermarkets and various other sales positions.

In retirement Armon worked at Guaranty Bank, et al. He was well regarded by many in both industries. Armon’s favorite pastimes were traveling, jogging, biking and spending time with family and friends at Lake Tenkiller and solving crossword puzzles. He especially liked to attend most any sporting event, especially those of his kids/grandkids. He also had a great love for all his dogs.

Armon was an Elder at Cherokee Hills Christian Church and on the Board of Midwest Christian College.

In a private ceremony, Armon’s ashes will be interred next to his wife, JoAnn’s, at Grace Hill Cemetery in Perry, OK, and a portion spread at Lake Tenkiller. A Celebration of Life will be held October 8, 2021, at 2:00, at Church of the Savior, 5600 NW 63rd St, Warr Acres, OK.