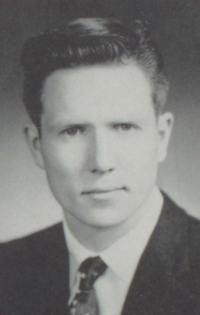 He was born in Oklahoma City on September 5, 1940, to Carl A. and Clara E. Bunch, both of Perry. Steve graduated Perry High School in 1958. In 1962, he enlisted in the United States Navy and served until honorably discharged in 1964. When he returned home, he enrolled at Central State University in Edmond, where he met and married Janet Sue Gritzmaker.

In 1966 Steve and Janet established their home in Perry and Steve took a job as a city policeman until 1969, when he was elected Noble County Sheriff, and served as such until 1977. He then worked at the Charles Machine Works company for 5 years, until he returned to law enforcement in 1982, as the Assistant Chief of Police for Perry. In 1995, he accepted a position as the Director of Food Service for Ft. Supply, in Woodward, OK, until he was called again to serve his community, this time as Security for Stillwater Medical Hospital until he retired in 2011.

Steve spent his retirement years as a Court Appointed Special Advocate (CASA) helping children across the state. His passion, however, was history and storytelling. He enjoyed spending countless volunteer hours doing research for the Oklahoma Historical and Genealogy Societies.

He is survived by his two sons, Carl A. Bunch of Perry and Kelly N. Bunch of College Station, Texas; and three granddaughters, Vivian, Samantha, and Isabella.