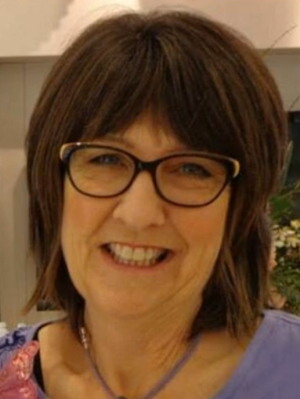 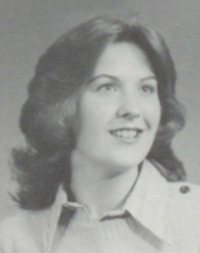 Therese attended Perry High School and earned her high school diploma in 1978. She fondly remembered her school life and often talked about her cheerleading days. Therese was crowned Perry Wrestling Queen her senior year of high school. After graduation she continued her education at the University of Oklahoma in Norman, where she was a member of the Alpha Gamma Delta sorority. While at OU, she earned a Bachelor of Arts in Fashion Merchandising, graduating in 1982.

Therese was employed as a retail manager, in the fashion industry, at Chico’s women’s clothing store in Oklahoma City. She was incredibly talented and had many interests. She could fix anything around the house, a true handy woman. She knew how to hang sheet-rock, lay ceramic tile, and was never afraid to get her hands dirty. She loved gardening and expressed her artistry through creations from any arts and craft supplies that were available. Though she had gardening tools, all she really needed to get anything done in the yard was a kitchen knife and a fork.

Therese was an avid fan of her alma mater’s football team, and especially enjoyed attending OU games in Norman as well as traveling to any location to cheer on her Sooners. Even if she could not make it to a game, the game would always be on TV at her house. She even listened to the Sports Animal on the radio in her car religiously. Therese’s family will forever remember her for her free and loving spirit, and vigorous sense of humor; she called it slapstick comedy; we call it being Therese. She was a wonderful mother and grandmother, always doting over her family. She was a lifelong member of the Catholic Church and was happiest when in service to other people. She truly had a servant’s heart. Therese was always smiling, hardworking, dedicated to her family, and well loved by all who knew her.

A rosary will be recited on Thursday, December 2, 2021, beginning at 6 p.m. at Brown Dugger Funeral Home. Her life will be celebrated with a Mass of Christian Burial on Saturday, December 4, 2021, 10 a.m. at St. Rose of Lima Catholic Church of Perry, Oklahoma. Father Bala will officiate. Burial will follow the mass at the Mount Carmel Catholic Cemetery of Perry. Memorial donations can be made in her memory to the Mental Health Association Oklahoma 400 North Walker, Suite 190, Oklahoma City, Oklahoma 73102.