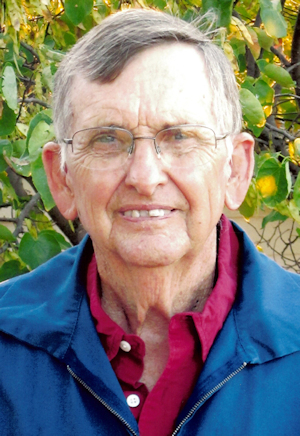 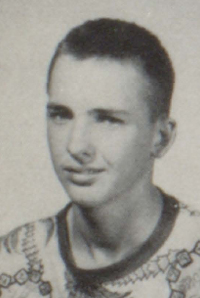 He attended the Rose Hill country school as a young boy and graduated from Perry High School in 1952 at the age of 16. He played on the football, basketball, and baseball teams, and attended the First Presbyterian Church of Perry.

After completion of high school, he attended Oklahoma A&M and completed his B.S. degree in Pre-Vet studies in 1956. He completed and graduated from the veterinary medicine program and received his DVM as a participant of the first class of the newly named Oklahoma State University veterinary college in 1958. Between these two graduations he married Nevalee Freese of Perry, OK, on August 25, 1957.

Upon graduation in June 1958, Jim started his vet practice at Veterinary Corner in Guthrie, OK, where he continued to practice medicine for 59 years until his retirement in 2017. He also found time to operate a successful cow/calf operation where he raised registered red angus cattle on their farm northeast of Guthrie.

During his 63 years residing in Guthrie, he diligently served the Guthrie school system for 21 years as a school board member and oversaw several building and expansion projects. Jim’s favorite pastimes included thousands of rounds of golf with his sons, grandsons and many friends, the yearly October pheasant hunting trip to South Dakota and the annual trout fishing trip to the Gulf. Their favorite trip as a couple was the summer golf trips to the cool mountains near Pendaries, NM. Jim was a die-hard season ticket holder and posse member for his beloved OSU athletic programs.

Graveside services will occur at 1:30 P.M. at Summit View Cemetery in Guthrie on December 29, 2021. In lieu of flowers, donations may be made to the Guthrie Animal Shelter.