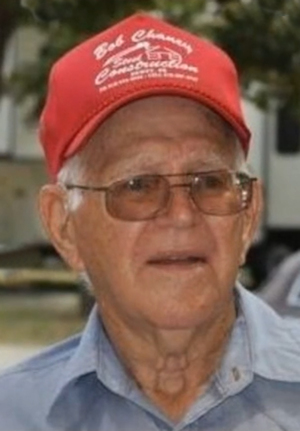 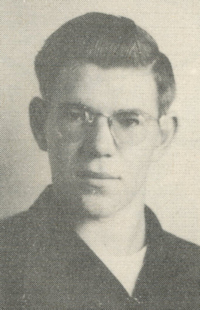 Bill was born the son of Guy Clarence and Lois (Thompson) Grimes on July 4, 1927, in Bartlesville. The family moved to Perry, OK, where Bill was raised. At age 12 he found his lifelong passion for rodeo and horses. Wrestling was his favorite sport during high school where he was undefeated, winning the state championship in his weight class. After graduating from Perry High School in 1946, Bill went on to a wrestling scholarship at Central State College in Edmond, OK, before being drafted into the U.S. Army and serving in 1950-’51.

Once honorably discharged, Bill met a feisty woman at Rick’s BBQ. He swept her off her feet and asked, “You want to go rodeoing?” Two days later Bill and May married on August 10, 1951, in Clayton, New Mexico, on the way to a – you guessed it – rodeo. Once hitched, they made their home in Guthrie, OK, then Wichita, KS, where Kerry was born, and Coffeyville, KS, where Guy was born. Bill took a new job with Allstate Insurance, first in Tulsa before transferring to Oklahoma City and finally retiring in 1987 with 31 years of faithful service under his belt. The next year Bill and May settled in Copan on 80 acres with plenty of room for his horses to pasture.

Bill’s life centered around rodeo and horses, which he trained himself. For many, many decades, he rode bulls from 1939-’58, saddle bronc from 1939-’67, steer wrestling from 1958-’71 and hazed from 1958-2017 when at long last Bill retired at age 90. Over the years he took home many prizes, belt buckles and bragging rights. When he wasn’t rodeoing, he enjoyed fishing and bird hunting. Bill loved his friends, and his friends were friends for life.

Bill is survived by his loving wife of 68 years, May; two children, Kerry Chaney and husband Bob of Dewey, and Guy Grimes and wife Donna of Copan; four grandchildren, B.J. Walker and wife Melanie, Jamie Ingraham and husband Chris, Jodi Grimes, and Sammi Grimes; and nine great-grandchildren. He is preceded in death by his parents.

Memorial services will be held at 11 a.m. on Friday at the Dewey Church of Christ.