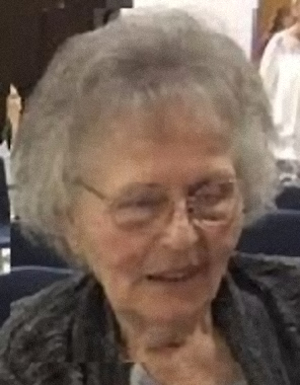 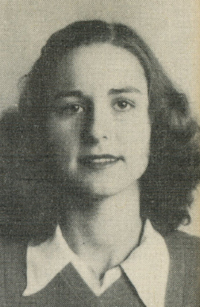 Born in north central Oklahoma on August 6, 1929, at the start of the Great Depression and during the Dust Bowl, she was the daughter of William and Elva Beadman. She was the eldest of five children.

She was a young beauty with a warm smile and cautionary tone, and she lived and held onto the good times and quietly made it through the bad. Marie was taken in by Reverend and Mrs. Grey in her early teens. She graduated from Perry High School having starred on the basketball team. One day, after working in Ponca City as a telephone operator, she met a cocky salesman, good looking and a bit brash, but full of life. Robert Bernard Kissel introduced her to a side of life she hadn’t seen before and they fell in love. They were off to Missouri and a life that had seemed unreachable in her early years. A new family, a nice house, a loving husband, and a feeling that maybe she was going to live happily ever after.

Joyful changes began; children, three boys and two girls (Robert, Greg, Gretchen, Kim and John), a new religion and third baptism, new friends, and finally a new house of her own in Webb City next to the library. Life was better than she ever expected it to be. She raised the children, cleaned, cooked, had her own dinner parties, and experienced the joys of a family at Christmas, Easter, the 4th of July, Thanksgiving, Birthdays and Anniversaries.

Time went on and the children grew and began their lives. Robert married his rock Sandy Cooper and from their union came daughter, Kori and husband Shane Mathis (and their lovely brood of Taylor, Jake and Josh), and son Trey and wife Brandy with Michael and Max following. God led Greg to Patty and they were blessed with Mariah, son-in-law Joe Callari and Ella, Alex and daughter-in-law Rilda who begat Jonah and Amelia, and, son Daniel Kissel. God then sent Michael Adamczyk to join Gretchen in their life journey to Kentucky. Kim was blessed with son Carter and his wife Katie Ostrowski, daughter Katie and her husband Phillip Rogers, and the support of her companion Perry. John married Homecoming Queen Lisa King and they produced Matthew and his son Caleb, and their lovely daughter Michelle.

Meanwhile, Mom moved back to Joplin into the house at 4th and Sergeant that she came to as a bride, and she began to smile. She had a knack for dealing with different situations with strength and dignity. Grandchildren were born and three more moves, still in Joplin and still in love. She was blessed with nine grandchildren and seven great-grandchildren; each an individual and each a star in her eyes. Then her loving husband of 41 years passed away in 1989 and she moved in with her children and family for their constant support. She grew older, still beautiful, still full of life, and still strong.

She is survived by her dear brother Kenneth Beadman, and her lovely sister Helen and brother-in-law Guy Fox and their family, all in Oklahoma.

A celebration of her life will be held with family and friends with a Mass at 8th and Pearl Street at St. Peter the Apostle Catholic Church at 1 p.m. on Wednesday, June 19, with Father J. Friedel officiating. Marie will be interred at Mount Hope Cemetery in Webb City, Missouri, under a magnolia tree next to Robert, Sr., and in a private ceremony at a later date.