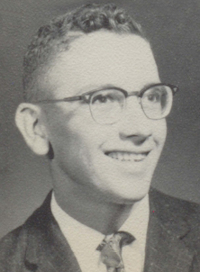 He was born in Perry on October 9, 1941, to Aldoph Florian Cermak and Mabel Catherine Thipps. He attended Perry schools graduating in 1960. After graduation he joined the U.S. National Guard where he served for six years from 1962-1968. In March of 1968 he married the love of his life, Mary Louise Heppler, at the First Baptist Church of Perry.

He enjoyed farming but wasn’t a fan of plowing. Mary jokes that he usually left that side of ranching for her to do. Rodney enjoyed eating potato chips and spending time with his family. His grandkids were the light of his life.

The family has chosen to honor Rodney’s life in private. No public funeral services will be held.