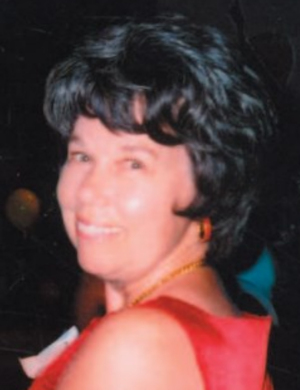 Earlene K. Glass of Oklahoma City, Oklahoma, passed away from this life on June 26, 2022, at the age of 82. Earlene was born in Perry, Oklahoma, on October 19, 1939, the daughter of Earl and Dixie Nicewander.

Earlene was a caring, sweet, and loving woman whose smile lit up every room she ever walked into. Known as the “Football Queen” of Perry High School, Earlene had a lifelong love of dance. She enjoyed going out dancing every week, and when she was in her mid-70s, her talent earned her a big win at a dance contest held at the State Fair of Oklahoma. She was a longtime member of Mayridge Baptist Church in Oklahoma City, and for many years, she volunteered at Southwest Community Hospital. She liked to stay active and fit, and you could often spot Earlene on her five-mile walk each day. More than anything, Earlene cherished her family. She was a wonderful daughter, mother, grandmother, sister, aunt, and friend. She will be dearly missed.

She is preceded in death by her father, Earl Nicewander; three husbands, George Rice, James Williams, and Archie Glass; a sister, Joyce Loveless, and a brother, Bill Nicewander.

Graveside services will begin at 10:00am on Friday, July 1, 2022, at the Grace Hill Cemetery in Perry, Oklahoma.