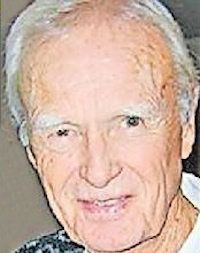 Cliff was a 1942 graduate of Perry High School. Following three years in the Navy, he graduated from OU in 1948.

After careers with Phillips Petroleum and with State Farm Insurance, Cliff retired in 1990.

He was a volunteer at Deaconess Hospital and longtime member of the Putnam City Methodist Church.

A private family service will be held with interment at Memorial Park Cemetery in Oklahoma City, Oklahoma.