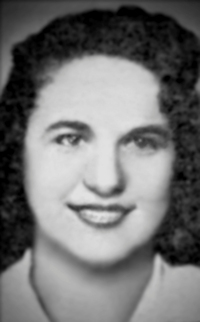 Hobbies are tennis, dancing and all sports.

Her plans for the next year are indefinite.

Bonita June Patton, 57, of 5900 Woodway, Fort Worth, Texas, died Tuesday at a hospital.

Mrs. Patton, a former employee of Myers Department Store in Wedgwood, had lived in Fort Worth since 1967. She was a native of Red Rock, Oklahoma, and went to high school in Perry, Okla.