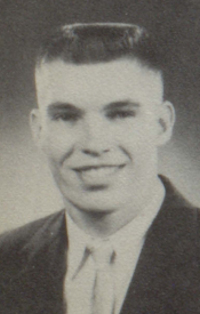 ﻿Wesley Ray Baumgartner, 84 of Bluffton, SC, passed away on Sunday, July 10, 2022. He was the eldest son of Raymond and Pearl Baumgartner of Perry, OK, deceased.

Wesley was born in Perry and grew up on Grove Street. He attended Perry Elementary and Perry High School. Upon graduating in 1957, he enrolled in Oklahoma State University and graduated with a BS degree in Geography. He was immediately hired by the Department of Defense in Washington, D.C., as a Cartographer and worked for the Federal Government for thirty years before retiring to his home in Dale City, VA. He later relocated to Sun City Hilton Head, SC, to spend his retirement years.

No services are planned in SC. His family will bury his remains in Grace Hill Cemetery, Perry, OK, at a later date.