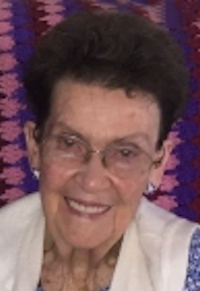 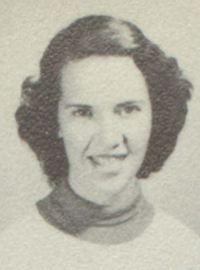 Carol Morrison entered into heaven on Friday, June 17, at 9:00 a.m. She was residing at Family Flair Adult Foster Care Home in Grants Pass where she was loved and well taken care of.

Later in 1961, the family moved to Southern California. Carol was a homemaker and devoted to her children. She sewed many dresses for her daughters and supported her son through his football journey.

From 1976 to 1997 she lived in Santa Maria, Atascadero and Paso Robles, California. She had her own Gourmet Almond Gift Store in Atascadero.

In 1997 she returned to the Oregon Coast living in Florence, where she became a volunteer at Bay Area Hospital. She loved her time there helping others.

In September 2018 she moved to Grants Pass. She lived in Rogue Valley Retirement Community where she loved playing bingo and making new friends. She attended Merlin Community Baptist Church where she loved to sing hymns and fellowship with her church family.

She crocheted many afghans for her family, and she loved to journal her daily activities and solve word search puzzles. Carol adored her four grandchildren (Carolyn, Stephen, David, and Christopher) and her five great-grandchildren.

Carol owned and took care of many pet dogs in her lifetime and thoroughly enjoyed their companionship.

Survivors include her children, Jay Morrison, Donita Knox, and La Gina Skelley; four grandchildren; and five great-grandchildren. She is preceded in death by her parents Frank & Lillie Taylor and brothers Frank and Jerry Taylor.