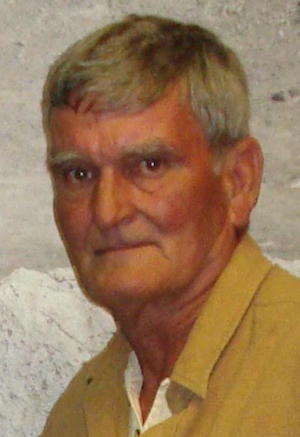 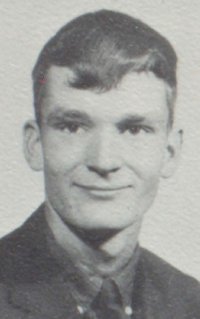 On August 18, 2022, John William Haxton, affectionately known as Johnnie Bill, passed from this life. He was born in Perry, Oklahoma. In his childhood, John could often be found up the road at his cousin Doyle Balzer’s house. Doyle was older than John but a constant companion.  The pair often spent the day playing on the creek, riding bicycles, doing chores, and getting into mischief. By the time he was nine years old, he spent his summers on a 1944 WC Allis Chalmers tractor pulling a 2-14 plow on the family farm. At 12 years of age, he began driving a 12-foot model A Gleaner combine. He loved farming.

Johnnie Bill was still a boy when he tore apart his first car motor. He could work on all of the vehicles and farm machinery. He enjoyed working on cars and courting Peggy Thompson. They married the summer of 1966 and welcomed their first child, Brent Allan, in 1967. After getting married, John worked for Shepard Refrigeration and then as proprietor of a DX station on Fir Ave. After the birth of his second child, Lori Beth, in 1968, the family moved to a farm east of town where he began his labor of love, farming. For just $1500 they bought an entire line of farming equipment. During the off season, John would spend his time tending to his cattle and working odd jobs, such as contract painting, driving a saltwater truck, working oilfield and carpentry.

Just before the birth of his third child, Robert Leroy in 1981, he purchased the family farm north of town from his parents, where he continued farming for the rest of his days. Farming was always a family affair, where good work ethics were instilled. His wife, kids, son-in-law and grandkids all helped with harvest and hay hauling. In fact, they all looked forward to harvest time. Johnnie Bill harvested wheat for 63 years.

Starting from a young age, John enjoyed fishing as his favorite past time. You could always find a fishing pole in the back of his ‘work’ truck and a stack of H&H lures on the dash. Card games were an ever-present part of John’s life. He loved children and, although he would never want to take the credit, John was a teacher at heart. He was constantly learning and found joy in mentoring the next generations. Some of his proudest moments were centered around the successes of his children and grandchildren.

John chose to have his body donated to the OU Medical School after his passing. Students will have the opportunity to grow, learn, and hone their craft from his donation. Even in his passing he found a way to continue teaching the next generation.

John was predeceased by his parents, John Robert and Georgia Belle Haxton, and his half-brother, Ronald Cross and his in-laws, Jack LeRoy and Ethel Delores Thompson. He is survived by his childhood sweetheart and wife of 56 years, Peggy of the home; his three children, son Brent and Angie Haxton of Tuttle; daughter Lori and Tom Nealis of Fay; son Robert and Erin Haxton of Bartlesville; five grandchildren: Sara Hagerman, Seth Wessels, Leah Haxton, Justin Nealis, and Joshua Nealis, seven great-grandchildren and numerous nieces, nephews, and friends. Special in his life were his brother-in-law Brad Thompson, cousin Doyle Balzer and good friends Bill Tell and Kyle Lafosse.

A memorial service will be held Friday, August 26, 2022, at 2:00 p.m. at the Trout Funeral Home of Perry. In lieu of flowers, donations in John’s memory can be made to St. Jude Children’s Research Hospital or the charity of your choice.