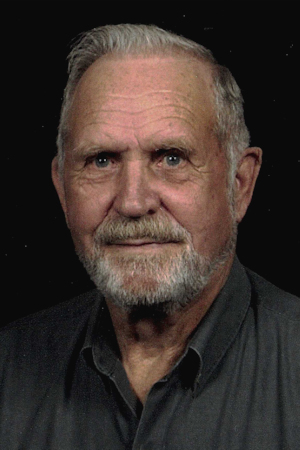 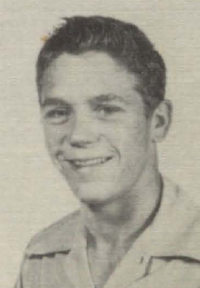 Johnie Dean “J.D.” Spillman, 91, lifelong resident of Perry, Oklahoma, passed away peacefully on September 21, 2022, at his home surrounded by loved ones.

J.D. was born January 10, 1931, in Perry to John and Martha (Sawatzky) Spillman. He attended Perry Public Schools, graduating in 1948. During high school he played football under coach Hump Daniels playing both ways as a half-back and defensive back.

In 1949 J.D. worked at the Safeway in Perry. While filling in for a manager at the Hennessey Safeway he met Jacqueline “Jackie” McCully which would turn out to be the love of his life.

Shortly after meeting Jackie, he enlisted in the Navy in 1950 and was stationed in Norfolk, VA. Even though he enjoyed his time aboard the destroyer, the U.S.S. Waller the letters and post cards he exchanged with Jackie kept him ready to return home. J.D. retired from the Navy in 1954 as a Gunner’s Mate 3rd Class. When asked about his time on the U.S.S. Waller, he said, “I enjoyed seeing the world but the seas around Cape Horn were a bit rough, in fact, REAL ROUGH!”

After returning home to Perry, J.D. married Jackie McCully in 1955. They enjoyed traveling the U.S. and spending endless summers at Lake Carl Blackwell with close friends. He worked as a roughneck, a Fireman and finally as a US Postal Service employee for 33 years before retiring. In his spare time he enjoyed working on his farmland outside of town where he had cattle and horses for many years.

J.D was a faithful man who had a close relationship with Jesus Christ. His faith and love of God was apparent in his warm joyful spirit. He was an active member of New Covenant Fellowship in Stillwater, OK, for 20 years.

He was preceded in death by his parents and his two sisters, Delores Bezdicek and Marjorie Lumbers.

He is survived by the love of his life and wife of 67 years, Jackie; son, Bill Spillman; daughter, Carla Rausch and her husband Steve; grandson, Philip Tovar and his wife Jill; granddaughter, Tarah Tovar; great-granddaughter, Eleanor Tovar.

The funeral service will be Wednesday, September 28, at 1:00 pm at First Christian Church in Perry, OK. Memorial contributions can be made to Wheatheart Nutrition Center, or the charity of your choice.