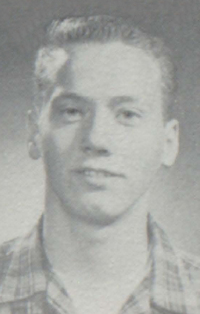 Kenneth Neal Criswell, Sr., 78, of Perry has gone to heaven.

He was born in Drumright on July 28, 1944, to William Criswell and Anna Belle Randeleas Criswell. After graduating high school, he joined the U.S. Air Force where he proudly served his country.

He enjoyed working and tinkering. He was a farmer and rancher as well as a maintenance man, jack of all trades. He liked to work on tractors, mowers, really anything that was broken. Kenneth was a gifted welder, enjoyed watching westerns and loved his lord and savior Jesus Christ. He could be seen every day sitting at the kitchen table, reading his bible. He had read it cover to cover many times. When he was in better health, he attended the Baptist Church of Sumner where he formed a close relationship with Albert Quick. Mr. Quick visited the family farm every Sunday to give Kenneth communion. It was a very special time for them both. Kenneth was devoted husband and father and an especially doting grandfather and great grandfather. He will be missed more than words can say.

Funeral services will be held on Monday, September 26, 2022, at 2 p.m. at Brown-Dugger Funeral Home of Perry with Clydene Williams officiating.