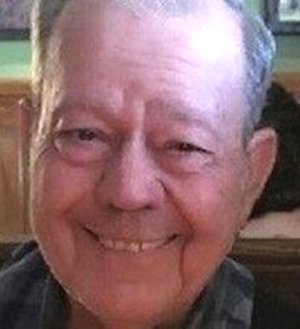 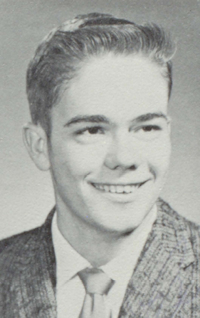 Bennie Allen Couch transitioned over to his heavenly home on Wednesday, November 6, 2019, in Tulsa, Oklahoma, at the age of 77.

He was born on July 3, 1942, in Oklahoma City, Oklahoma, to his parents, Bennie Alfred and Lois Ethel (Harris). Bennie graduated from Perry High School in 1961 and later attended Notre Dame College to study accounting and then transferred over to the Oklahoma School of Banking.

Ben whisked his wife, Lois Ann McGrath, off her feet at a Valentine dance at Club 12 and a great romance was begun. They were married on April 1,1988, in Las Vegas, Nevada, and they spent thirty-one wonderful years together.

As a team they volunteered to serve their AA community in San Antonio, Texas. Feeling the call to do more, Ben suggested they hit the road. Landing in Thornton, Co. Once, having heard about Hurricane Katrina, Ben collected and hauled an entire trailer of donations from Thornton to the victims in Louisiana. Ben graduated from the Volunteer Police Academy in Thornton and rode proudly with the blue. Eventually, Ben and Lois heeded the call of Jesus and moved to Haskell, Oklahoma. Here, in loving service to God, they joined the Landmark Bible Church family. Ben served as church administer. He enjoyed being with his brother Pastor Dee Couch.

His love of sobriety resulted in him working with local law enforcement to offer addicts and alcoholics a choice to attend recovery meetings over jail. Soon meetings being held at the church began growing. Working with the Children’s Ministry, one of his favorite things to do was to plan and join in activates such as church camps at Clayton Lake, where they went fishing hiking and swimming.

Bennie loved working in the Haskell community and helping in his church. He volunteered his time to the Chamber of Commerce and served as Vice President and he started the neighbor hood watch organization.

Bennie was preceded in death by his parents, Bennie and Lois and one sister, Delores Smith.

He leaves behind his loving wife of the home, Lois Ann, three sons, Jack Dunn of Cherry Log, Georgia, Mike Dunn of Haskell, Oklahoma and Ray Dunn with wife, Christina of Delta, Colorado, one daughter, Cynthia Couch of Bixby, Oklahoma, one brother, Dee Couch and wife, Barbara of Haskell, Oklahoma, three sisters, Shirley Shepard of Bixby, Oklahoma, Lyda “Catherine” of San Marco, Texas, Phyllis Franks of Sallisaw, Oklahoma and Kay Harris of Thornton, Colorado. He will also be missed by his seven grandchildren and four great-grandchildren.