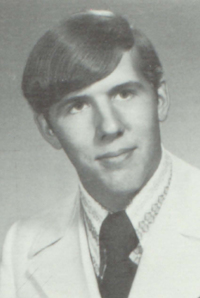 Jerry Bruce Kime, age 67, passed away peacefully in his sleep at his home in Stillwater on Thursday, November 3, 2022.

Bruce was born April 26, 1955, in Perry, Oklahoma to J.C. and Pat (Sanders) Kime. He attended the St. Joseph Catholic School through his Junior High and then went to Perry High School where he graduated a Maroon in 1973. Then in 1979 he married his sweetheart, Phyllis Hageman. They were blessed with 36 years until her passing in 2015.

Bruce enjoyed fishing, working with his flowers, collecting guns, feeding & watching his yard animals, and photography. He worked as a coal yard supervisor at the ONG Sooner Station for many years before retiring. In his pastime he enjoyed spending time with his family and fur baby, Pat. Bruce was a man of strong faith in his redeemer. It was always comforting to hear him pray. He was also a member of the Potawatomi tribe.

He was preceded in death by his parents; and wife, Phyllis.

A Celebration of Bruce’s life will be held on Tuesday, November 8, 2022, at Dighton-Marler Funeral Home, Stillwater at 1PM with Paul Green Officiating. Inurnment will follow at Grace Hill Cemetery in Perry. For those who wish to make a memorial donation in Bruce’s honor may do so to the Stillwater Humane Society.