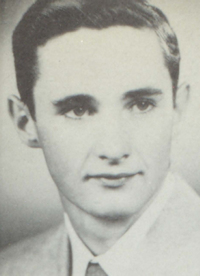 Darrel was born near Garber, Oklahoma on October 30, 1936, to his parents, Wanda and Loren Carlon. He graduated from Perry High School in Perry, Oklahoma. Following graduation, Darrel joined the United States Navy with his childhood friend, Gene Heyduk. While stationed in Jacksonville, Florida, Darrel met his future wife, Eleanor Smith. They were married on May 30, 1959. He passed away just a few days shy of their 63rd wedding anniversary.

Darrel enjoyed going on fun adventures with his family whether that was camping, fishing, rafting, skiing, or playing at the ocean. He was also a member of the Pleasant Home Baptist Church in Prague.

Darrel was preceded in death by his son, Christopher Carlon.

A memorial ceremony for Darrel will be held on Friday, June 3, 2022, at 11:00 am at Pleasant Home Baptist Church, Prague, Oklahoma, with pastor Nathan Howard officiating.