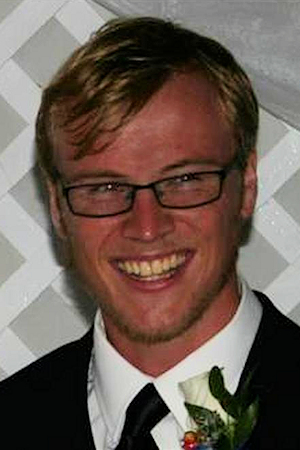 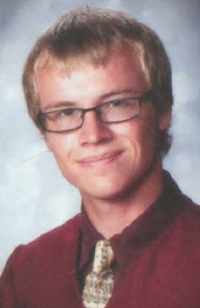 Jacob was born December 26,1993, in Phillipsburg, Kansas, to Philip Anderson and Cathy Hayes.

Jacob could accomplish anything he set his mind to. At a very early age, he would take his toys apart to figure out how they worked, which earned him the nickname “Tinker Toy” from his Papa. His curiosity didn’t stop there. He continued learning and was able to fix almost anything. He loved working with computers and smart devices. Jacob was also very artistic, but not on paper. He loved music, played trumpet in high school, and learned to play many instruments by ear. He also learned and regularly practiced speaking Spanish although he could never get rid of his terrible accent.

Jacob had a special service animal, Daisy, his long-haired Chihuahua. Jacob loved having a companion and she was perfect for him. He would take her to all of his cancer treatments, and on any errand runs.

Jacob met the love of his life, Amanda, while attending Perry High School. They married at Christ Lutheran Church on July 26, 2014. They spent 8 wonderful years together.

He worked many years for Ditch Witch performing various roles, and eventually started a rental business with his wife. Jacob spent most of his life in Perry.

He is survived by his wife, Amanda; his father, Philip, and wife, Julie Anderson; his mother, Cathy, and husband, Kirby Hayes; his siblings, William and wife Tessa Anderson, Jordan Driskel, and Erika Driskel; his grandmother, Jann Allison, and his nieces and nephews Ksenia, Hunter, Juan, Carlotta, Thomas, and Cataleya.

Jacob’s memorial service will begin at 2:00 p.m. Thursday, December 22, at the Strode Funeral Home Chapel. Memorial contributions can be made to the American Cancer Society Gene and Jerry Jones Family Hope Lodge in Dallas, TX.