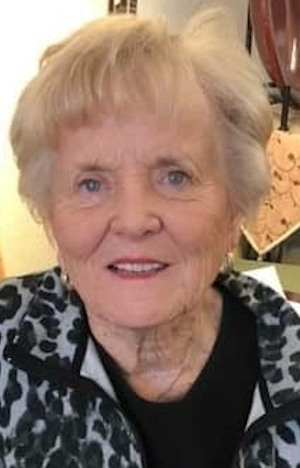 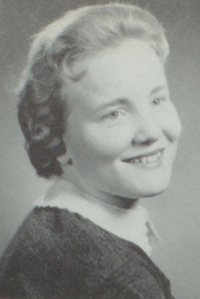 Sondra Plachy passed peacefully, surrounded by family, on September 14, 2022. She was 81.

Sondra (née Self) was born November 4, 1940, in Enid, Oklahoma. Her father was a school superintendent and thus, the family frequently moved from town to town. They ultimately settled in Perry, Oklahoma when Sondra was entering ninth grade. She always considered Perry her childhood home.

After graduating from Perry High School in 1958, she enrolled at Oklahoma State University. She was elected to the OSU Student Senate, was named to Who’s Who in American Colleges ad Universities, and was the President of the Kappa Alpha Theta sorority. She received her bachelor’s degree from OSU in 1962, and a master’s degree in 1963.

Sondra first met Jon Plachy during September of her senior year in college, when he came to OSU to work on his doctorate. Sondra’s family had known the Plachy family for years, but she had not met Jon, who had been away in the military. By February they were engaged, and they married on August 12, 1962, in Ada, Oklahoma.

The newlyweds moved to Edmond, Oklahoma where Sondra taught school for three years. In 1965, they moved to Denver where Jon was the second faculty member hired at the newly formed Metropolitan State College.

Sondra had accepted a teaching position in Jefferson County, but resigned when she learned she was pregnant with Mike. She believed she could afford to stay home and raise a family because Jon was making more money than she had ever imagined – $11,000 a year!

Sondra’s son, Mike, was born in 1966, followed by daughter Michele in 1969. Sondra was extremely active in the kids’ schools, and never missed any of their activities.

The Plachy family joined Wellshire Presbyterian Church in 1965. Sondra was active in the church until her death, having served as an Elder, and being a devoted member of several groups including the Schooners, Middlers, and the Jolly Rogers. She loved the Church and its members – they were her second family.

The Plachy family joined the Skyline Acres swim and tennis club in 1968. Sondra loved to play tennis, and she and Jon made many, many life long friends at the club.

In the 1970’s, Sondra returned to work. She worked as a substitute teacher for several years, and then joined the team at Community Resources, Inc.. Community Resources is a non-profit organization that recruits and coordinates hundreds of volunteers to share their time, knowledge and expertise with students in the Denver Public Schools. She loved her work and her colleagues, and remained at Community Resources until she retired in 1997.

After retirement she and Jon traveled extensively and loved playing golf, tennis and bridge with their many good friends. They also worked tirelessly on the Race for Research, which she helped create in honor of Michele and which has raised, to date, more than $1.5 million for brain cancer research. Sondra’s true devotion, however, was to her grandchildren, Meghan, Max, Madeline, and Mallory. Sondra and Jon helped Mike and Karen (whom she recently wrote that she loved as her own daughter) and Mark raise the kids into the wonderful adults they’ve become. Sondra described her grandchildren as the “great light of her life.” The kids describe her in the same loving terms. All four of her grandchildren were present when she passed.

Sondra was preceded in death by her daughter, Michele Plachy-Rubin, and her parents, Melvin and Inez Self. She is survived by her husband, Jon Plachy, her son and daughter in-law, Mike and Karen Plachy, grandchildren Meghan, Madeline, and Mallory Plachy and Max Rubin, sister Melva Jones, Michele’s former husband Dr. Mark Rubin (Shelly), and numerous beloved cousins, nephews, nieces and friends.

A family graveside service will be held at Fairmount Cemetery on September 23, 2022 at 2:30 p.m. Please meet at staging area B at 2 p.m. for the procession. A memorial service for friends and family will be held at Wellshire Presbyterian Church, 2999 S. Colorado Blvd., Denver, Colorado at 4 p.m. on September 24, 2022. Contributions in Sondra’s memory may be made to the Michele Plachy-Rubin Fund at the University of Colorado Cancer Center, https://bit.ly/SondraPlachy.