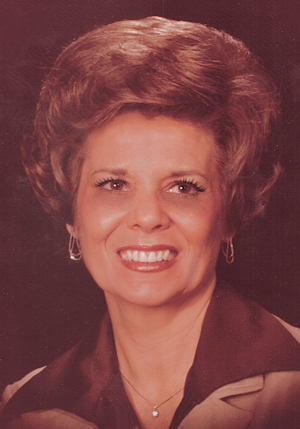 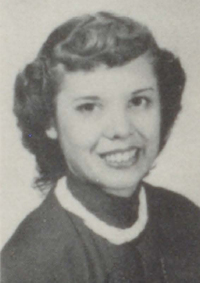 Frances Irene Boone went home to a heavenly reunion with her Savior and family on January 2, 2023, exactly 10 years to the day her mother took her flight to be with the Lord. Frances had expressed many times recently how she missed her mother and wanted to see her again. Her family rejoices in the knowledge that the Lord has reunited her with all the loved ones that have gone on before her in heaven.

Frances was born September 21, 1933, in Bessie, Oklahoma to Clyde and Anna Davison. She loved her grandparents, parents and siblings in a way that is uncommon in today’s world. Frances carried that love on to her children, grandchildren and great-grandchildren, connecting them to a far gone way of life few know today. She knew how to share her experiences and make you feel like you were there with her.

Norman and Frances Boone were married June 25, 1952, in Guthrie, Oklahoma. They faced many challenges and early in their marriage. The young couple were met with tragedy and loss but their faith kept them strong throughout the years as they built a family and home that was welcoming to all.

Norman and Frances’ faith in the Lord is what made them both giant slayers and mountain movers as they endured the pain of losing siblings, parents, and most painfully children, then eventually, Frances lost Norman, August 23, 2011.

Frances was a homemaker; she knew how to make a house a home. She loved the time she spent counting votes for many years after local elections. Norman and Frances operated the donut shop downtown and made many friends who still talk about hanging out with them at Old South Donuts.

She loved her time substituting at Frontier Schools. Every time she would return to watch her grandchildren’s sporting events, kids and staff would flock around her, making Frances feel like a star.

Ten years ago, Frances moved into The Lodge and began the final chapter of her life in the apartment she loved and always called, “my little home.” She enjoyed the birthday parties and get together with her friends, especially playing cards with her dear friend Dorothy Dowell and others. Frances also embarked on another new journey during this time, she cast off her fear of water and started going boating with her family in their boats. She loved sunset cruises and picnics on the water. Frances was always eager to come to the family campground near the lake for a fish fry and campfire or to just sit and talk and watch the grandkids ride their ATVs.

Then, two and a half years ago she found love with John and Cindy’s little Chihuahua, “Ellie.” Frances would often jokingly say, “don’t come over without Ellie!” That little dog acted different toward “Grandma” than anyone else! The family brought in a caregiver a year ago to help Frances during the day, Nellie Thomas, and quickly they became like best friends.

Funeral services will be Friday, January 06, 2023, 11:00 a.m., at the Calvary Baptist Church in Perry. She will be laid to rest at Grace Hill Cemetery in Perry. Memorials may be made to Legacy Hospice or Perry high school alumni association.